I’ve been thinking about things that I’d like to do in this year – I’m not calling them resolutions because inevitably I will make a list of those never to be looked at again. Am I playing myself by but calling them resolutions and going that it helps me to stick to them? Probably. But I make the rules of this game, so these are just general things I’ve been thinking about.

– Continue to grow my business. Really focus on reminding people that taking photos is what I love and bonus: I’m really good at it!

– Be more physical. I’m probably never (ever, ever) going to the person who gets amped for exercise but I need to do it because I spend so many hours at my desk when editing or just not moving and I fully recognize how hard on my body that is.

Ideally, I’d like to plan more activities with my friends that are focused outdoors. Maybe dust off that bike The Ethiopian night for me.

– Continue to read more. I Sokol can’t believe I read 14 books while I was in Ethiopia. It reminded me of how much joy books bring me and how much I can accomplish without the internet as a distraction ?

– This is crazy, but I’d like to cool something from every cookbook I own. Just one recipe from every book. And nothing that I’ve tried before.  This is one in going to have to stay on top of but would be so much fun. Maybe.

– Have more (redacted). You’re smart, I’m sure you can figure it out but my Mom might read this.

No more promises about what this space is going to be – I’m going to use an actions speak louder than words policy. One of the main reasons I’ve not given up on this site is because I find increasingly that blogs are really, really white and the world is not that way and so I just want to do my part. That’s not snark either, some of my favorite blogs are written by white people and that’s not an issue – I just want my virtual life to be as colorful as my actual life. Remind me I said this in February, okay? Okay.

January
I made a vision board and surprisingly much of what was on it was at the forefront of my life. I ate many delicious brunches with people I love – this would be a recurring theme. I saw London Grammar with my friend Rebekah, would continue to play the ever-loving shit out of that record. 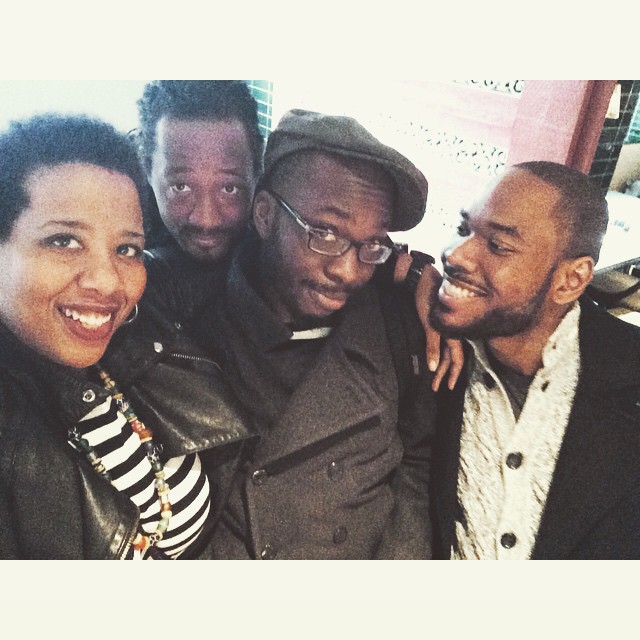 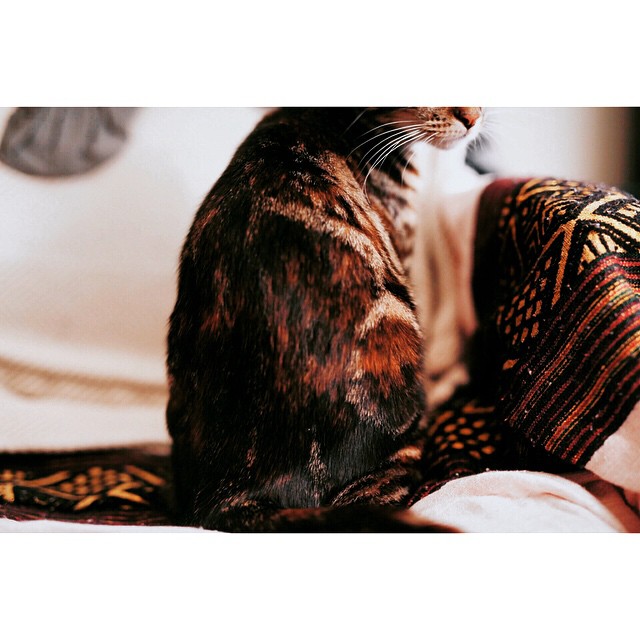 March
Realized we miscounted the years we’d been married so – HAPPY 12th Anniversary to us! 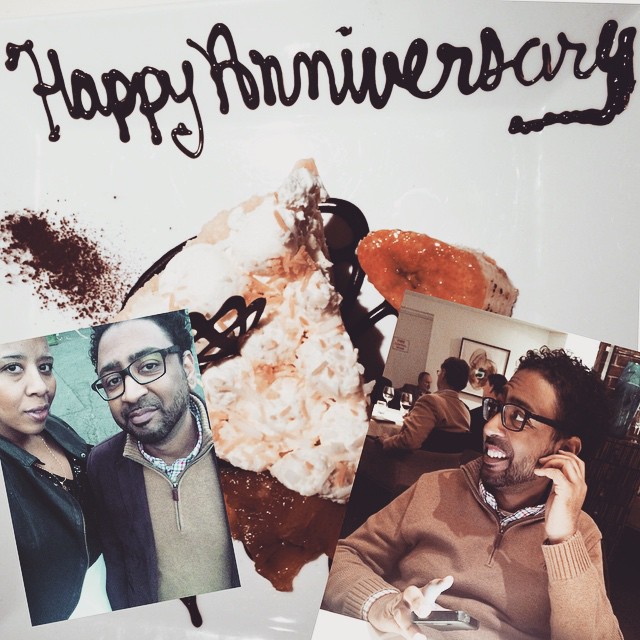 April
My friend Liz visited from Houston. We miss her a lot still but she’s still just as free-spirited and loving as ever and Houston has no idea what a gem they have in her. NO. IDEA.
May
Photographed two weddings and a prom. They are eerily similar. Also, a gala. I was kind of busy. My friend Rebekah got married and our friend Melissa was in town so I showed her around a little and my friends? They’re rad!

June
I got a virus (for the first time this year) and OH MY GOD – it was the worst of the worst. The doctors thought I had mono and then went out to more obscure/weird things but then just as spontaneously as it appeared, it resolved itself. Bodies are weird.
July
The Ethiopian bought me a bike which I thought I really wanted. Turns out? I don’t really like bicycling that much. Photographed another wedding in Milwaukee. Made new friends that I know I’m going to have for a really long time.

August
Spent a lot of time with my family according to my instagram. Good job, family is important!

September
Looking back in my phone, September is about 3,000 photos of Shiro. So – pretty much an amazing month. Seriously, I don’t remember much and apparently I didn’t document it but I don’t remember it being good/bad one way or the other.

October
Went to New York with my friend Christina who took me to my first EDM show. Was also crazy sick for most of the month as some sort of virus (the second one!) tried to use my body as its host.

Also, packed up my friend Paul & headed south to visit our friend Emily in Farmville, VA. I laughed (and drank) a lot that weekend.

Left for Ethiopia. Managed to leave all my pajamas in  America. Excellent packing! This was my third trip there – it feels more like visiting family who live a long car ride away than an international vacation. Still love it there.

December
Came back from aforementioned trip to Ethiopia. Incredibly glad to be home but miss my in-laws. Social calendar explodes.

SUMMARY
Like all the years, this one was filled with highs and lows. I started doing photography full-time for myself after my company closed and to say I was (am?) terrified is an understatement. I have to say thank you to everyone who stood behind me this year, encouraged me, recommended people to me, or hired me to do work – you’re the MVP’s of my 2015. SUPER DUPER SPECIAL heart eyes emoji go out to Julie & Nikki L., Nina A., Jenny M. & Magi.

I set a Goodreads goal of 24 books and reached it only because I read so much in Ethiopia – but I reached it and that counts!

I cooked more because I was at home more. Hoping to share more of that here in 2016. I still haven’t decided if I’m setting actual resolutions since they all generally look the same every year any way.

I just want to continue to chase happiness, be a better person (inside and out, physically and emotionally) and work on not letting my fears get in front of my dreams.

On the day before my last year as a 36 year-old, I spent just under 5 hours in a Toyota Land Cruiser with almost as many miles in hundred thousands miles as I had in years. We drove through the many landscapes of Ethiopia – some lush and green, others as dry as if rain never knew they existed.
By midday we’d arrived in Turmi, an Ethiopian town that I can only describe as old and new at once. I relieved myself in a outhouse, in a hole in the ground. The door held together by a piece of string and a bent nail, the light shining sneakily through the cracks of warped wood. This is (part of) Ethiopia.
I could blame the heat or the hours in the car but truthfully – my Americcaness  got the best of me and I spent several hours blinking back tears so that no one would think I was ungrateful. Later, behind closed doors and thin curtains – I cried. For about 10 minutes I let my frustrations with this Ethiopia go into a tissue.
I turned 37 laying quietly in a sparse room – a place to rest your head more than anything else, with the sounds of donkeys, chickens, wild dogs.
The first day of this new year finds  more hours in a car that my knees hate and stopping on the side of the road while our driver haggles with a beautiful woman over a chicken who is now tied up in the back of our SUV.
This last year of my life has been like all the others that I can recall – ups, downs and the in-between. If there is something exceeding gratitude for what I feel about this last year – that’s what I feel.

Currently sitting in the Dubai airport waiting to get on the next leg of our trip to Ethiopia. I am tired. God bless you people who travel with cranky children – you’re the real MVP’s.

I figured I’d try to get in a quick update before my internet access becomes significantly more dodgy. I’m really excited to see family and travel but also worried about Shiro. Maybe worried is excessive but I already miss her furry self and I will annihilate our house/pet sitter when I get back if she’s not in mint condition! Just kidding. Kinda.

I’m also lamenting not being around for Thanksgiving. It’s THE best holiday and I promise you even if they acknowledge it at my in-law’s, there will be no stuffing. I love stuffing!

If I don’t get an opportunity to check in – have a Happy Thanksgiving!